Lee on Solent Sailing Club was formed in 1907 and registered with Lloyds in 1908.

Six founder members built the first Clubhouse, which was a large wooden hut, near the entrance of the railway station at Lee-on-the-Solent. This was close to the pier-head from which racing was run. In those days, sailing took place in the Metre Classes (5, 6, 8, 10, 12, 19, 20 and 23). 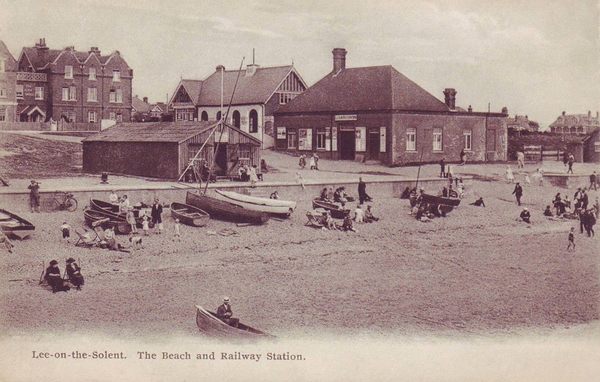 From 1908 to 1914 there were six two-day regattas run regularly at Lee. The owners and afterguards arrived at the pier-head in carriages, trains and automobiles and were then transferred by tender to their boats.

The first Commodore, Colonel Sloan-Stanley, who was Deputy Lord Lieutenant of Hampshire remained in office for some 10 to 12 years. He was also a close friend of Edward VII and procured two billiard tables from Osborne House (East Cowes, Isle of Wight) which the Club still possess today and are in use in the Snooker Room.

In 1938, a wealthy member, Mr Kirkpatrick, who was Chairman of two Gas Boards and was responsible for the development of Tar Macadam, built a boathouse with changing rooms, coffee and tea rooms opposite his house at the western end of Lee-on-the-Solent. Despite his enthusiasm, few boats ventured down to his new moorings and facilities.

While other Solent based clubs were developing their own classes (e.g. Victories in Portsmouth and X boats in Yarmouth), Charles Nicholson designed a 16 ft Lee-on-the-Solent One Design. Twelve boats were built and raced until 1930. 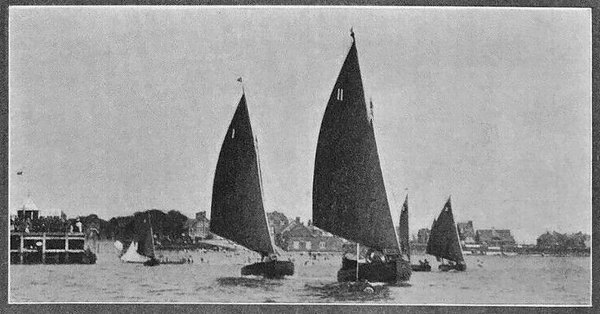 In 1934, after a quiet spell, the first of the Lee-on-the-Solent Seagull Class appeared. These craft were 15 feet long, reverse clinker, three quarter decked boats with a 5ft 6inch beam. The racing scene was very active until 1937 when a force 10 storm destroyed all the boats. The Club was not willing to give in readily to the weather and 20 Mk2 Seagulls were built and ready for the start of the 1938 season.

Following war damage only 10 Seagulls remained in 1946. Charles Nicholson, who was by then a life member, re-designed the Seagull to be 18 ft long with a 6 ft beam. Twenty of these were built and some remain today. Club members were able to buy them for £220, including sails, when racing began again at Lee.

During the war years the beach was poorly maintained, much of the shingle was washed away and several of the local Seagull class keelboats were badly damaged by fire or bombs aimed at the local naval establishment. HMS Daedalus. As the beach had disappeared from Elmore, and the Government had removed the railway lines for war salvage, the Club acquired a lease on the land where the Signal Station now stands. It was fenced off and two wooden huts erected.

In 1945 with a membership of around 120, it was decided to look for a new Club House. Eventually in 1951, after a false start in 1947 due to lack of funds, 'Yewdale', was purchased. Some modifications were carried out with help from personnel from HMS Daedalus, to create the 'new' Clubhouse. Work continued with almost entirely volunteer help until the Club was completed in December 1954. There was a formal opening at an "At Home" when all the guests were invited to bring a Burgee from another yacht club. These are now represented by over 70 plaques around the members lounge. 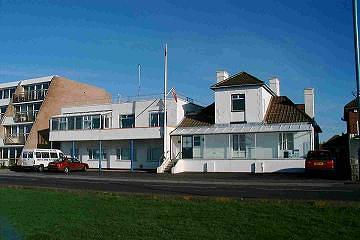 The Club had accommodation for its Steward until the mid 1970's when Fire Regulations and maintenance made it unusable. It had been generally fortunate with the Stewards employed over the years with Mr & Mrs Bray working for 18 years, Mr Fretwell for 17 years and others who have stayed for shorter but none the less very valuable periods.

With ambitious plans to redevelop the Club house, it was, closed in 2016 and the social facilities were moved to the Signal Station.

The Signal Station (Sailing Centre) became a brick building in the early 1950's. It was later extended to securely accommodate two rescue boats. 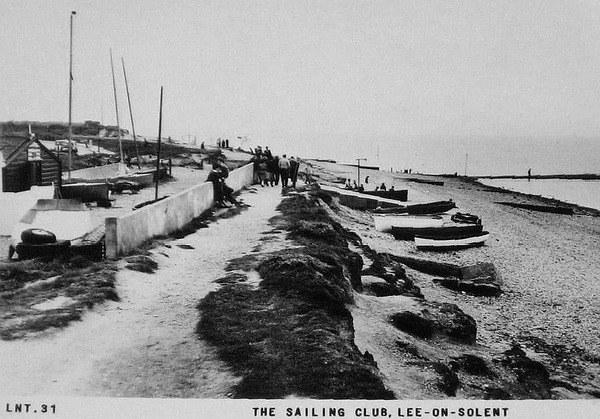 The Signal Station was further extended in 2015 and converted to a temporary clubhouse in 2016. 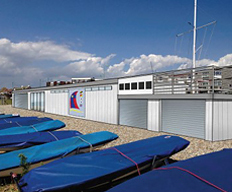 The dinghy park has been extended twice and currently berths about 140 boats in three compounds.