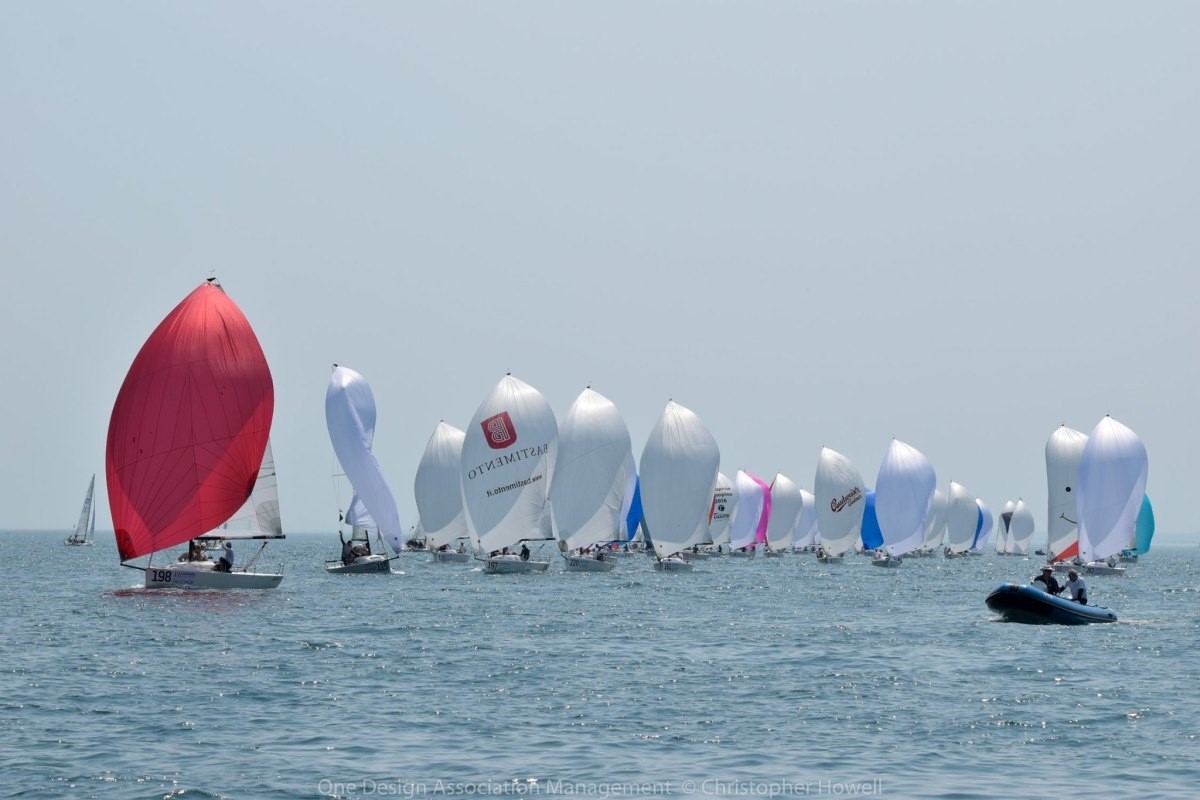 For the first Monday night virtual racing things were a little confused for some including the organiser (I had never done it before the real thing is much easier!)

The plan was to run 4 races rather than the 5 or 6 originally planed following a chat with Ed Child from Florida who had recently taken part in another event.

The racing was in J70's of Cagliari and after a few issues getting people to log on to the private racing ( don't ask me I don't know either) racing commenced and the first race was won by Ben Clark followed by Keiran Mcpherson and Ed Child.

Slight problems my end with getting race 2 started but once underway Callum McPherson this time showed the way from Tommy and Ed again in third.

Now getting to grips with this race 3 followed shortly again Callum won from Brother Keiran with Andy Reed in 3rd.

Fourth race and whilst working on my notes for after the race and giving time for others to log on I sailed my boat way of into the distance clicked to start the sequence and only just got back behind the line with about 5 seconds to spare, Kim Clarke was also having an issue

Having not charged her phone before the evening and dropped off.

Ed won this one with Keiran 2nd and Andy 3rd.

In general the 600 fleet turned out in numbers and seemed to be very quick,other single handed sailors made up the rest apart from Cheryl Clifford who wanted to sail a 2000 not realising the game didn't work that way. Cheryl improved throughout the racing and we look forward to seeing her next week along with others who expressed interest.

If you want to join in email me but also have a look at the virtual Regatta website, sign up and do your basic training before next Monday.

I will try and set up a Whats app group to help communication and allow for banter.

OK who can tell me how to do that?