Home / News / Rules of the Sea

Home / News / Rules of the Sea

Rules of the Sea 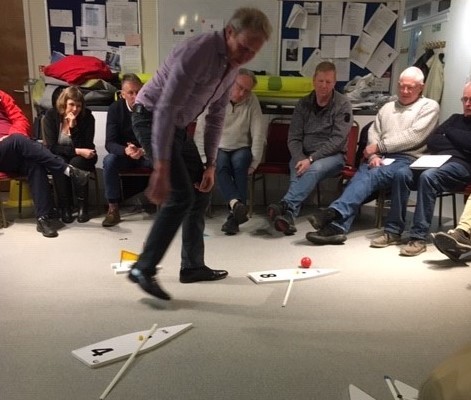 We were very lucky to have Chris Watts, World Sailing's Lead Instructor for International Judging, sharing his knowledge with LOSSC members and visitors from Seafarers, Hill Head and Weston, on Thursday 6 February.

Sometimes an incident on the water sticks in the brain. At the time you were convinced it was your right of way but with hindsight you're not so sure. Or you're convinced you were treated badly and want to get it cleared away before the start of the new season.

Chris, who was a member of LOSSC for over 20 years from 1985 - 2008, opened the session with reminders of the basic rules of racing, before going through a couple of scenarios to get people involved. He then opened out the discussion for people to talk about their own situations.

One of the first to bring his incident to the front was new LOSSC member, Steve Cockerill, with an interesting issue involving downwind finishes with asymmetric boats. Luckily the incidents were from Garda and France so no race officer or sailor sitting in the room was to blame.

A number of other club members followed suit, using the model boats to outline their issues in terms of wind, marks and boat positions. Chris led us all through the relevant rules and thought process - which means we should all have a better understanding of when to push and when to let it be in future.

Thanks must go to Chris for such an informative and enjoyable evening and to Gordon Kingston-Minnis for organising the event.